Does Money Alone Make You Rich? 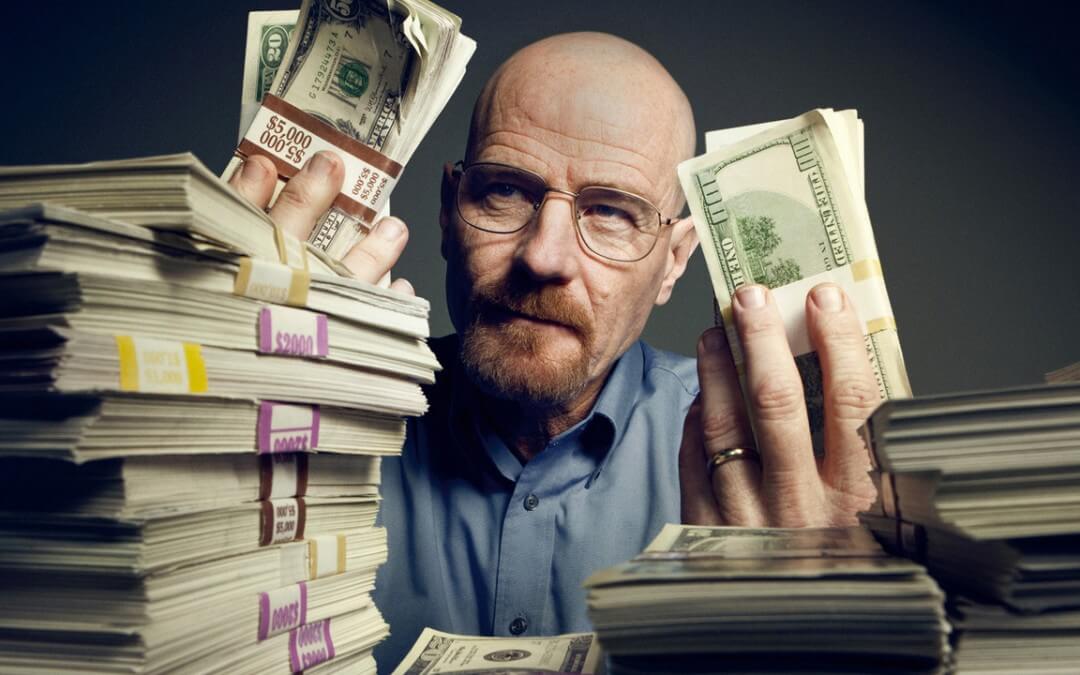 The masses seem to believe that the definition of “being rich” is “having a lot of money”.

They also think that someone driving a luxury car such as a BMW, Aston Martin or a Jaguar is rich & killing it.

The guy wearing that $6,000 Rolex watch would obviously be a millionaire, now would he not?

The answer, in most cases, is a resounding no.

The truth is that luxury cars such as the ones mentioned above are driven mostly by non-millionaires who might actually be living paycheck to paycheck.

The guy wearing the fancy watch probably would have emptied half his bank account in order to look rich.

The recurring theme here is that it is mostly the middle class which over-spends in order to look rich.

However, looking rich and actually being rich is a totally different ball-game.

So in this case, looks definitely can be deceptive.

In fact, in the book, The Millionaire Next Door, the author has concluded (with a lot of evidence) that millionaires in the US do not live in huge houses, do not drive cars which cost over $32,000, do not spend more than $500 on a suit and would never go so far as to spend $6000 on a Rolex watch.

Getting validation from others in terms of their material wealth is a thing furthest from their minds, which is partly why they are so successful.

I feel very strongly that getting affluent is more a function of how you think as opposed to how much money you have in the bank.

Towards that end, even the rich people do not have a lot of money lying around; they make sure they have invested that money in a property, stock, IPO or something similar. They do so because they understand that money sitting around loses value because of inflation and taxation.

As an example, 35-year old Karen is a personal injury lawyer, earning around $180,000 per year. However, if she has a lot of expenses such as an extremely fancy sports car, a vacation property which she doesn’t use (and isn’t being rented out) etc. she would not have a lot of wealth, irrespective of how much she earns.

This is because since most or all of her income goes away in unnecessary expenses (which can be cut down), she is not able to build wealth.

So assuming it costs her around $100,000 per year (which is lavish by my standards) to keep up her standard of living and she has only $20,000 in her bank account, her wealth is only 0.2 years, which isn’t much to be honest.

This means that her wealth can only sustain her for a total of 0.2 years, after which she will be on the street, metaphorically speaking.

But you might be thinking that this is an extreme example.

Unfortunately, I know from experience that dentists, lawyers and other highly paid professionals are actually worse of in knowing how to increase their wealth.

Some are only 3 months away from declaring bankruptcy if they lost their job today!

This is because they are taxed a lot on their income (which is out of their control) and they make wrong choices.

Here’s an example of someone who makes $75,000 per year and is still living paycheck to paycheck.

In fact, the article suggests that 33% of people in these tax brackets are living paycheck to paycheck.

Remember that surgeon in your extended family who works his bum off 14 hours a day and is paid $550,000 per year? He isn’t exactly well off.

The government taxes him at least 45% if he were in US or Canada since he is in the highest tax bracket there.

This means that he works at least 5 months every year for the government (assuming he lives in a developed country).

He also probably has unnecessary expenses that he can get rid of, but chooses not to.

This includes a fancy car, an extremely lavish home, probably a vacation home, 2 of 3 lavish trips around the world every year (because hey, everyone needs some time off) etc.

His net worth is probably a small fraction of the amount you would have guessed.

This huge disconnect happens because the general public equates material possessions with wealth, when in almost every case, it is the opposite which is true.

On the flip side, I know of a couple of families who have a combined household income of less than $80,000 per year and they have amassed considerable wealth simply because of conscious financial decisions.

So how can you tell if someone is rich?

Well, you can’t unless you ask them directly.

You can only tell if someone is well-off by looking at their financial statements.

“Material” possessions are not the conclusive factor.

A fancy house does not really signify wealth. For most people it just increases their property tax, maintenance expense etc., further reducing their net worth.

If the main breadwinner of the family gets downsized, that fancy dream house easily turns into their favorite nightmare.

A fancy car works in a similar manner. Most people in the age bracket of 25-35 driving a fancy car are going to work at their jobs for a long, long time.

This is because the expenses associated with the car will most likely prevent them from building up considerable wealth.

I am sure you have heard of that lucky one who won 1 million dollars in the state lottery.

What does he do with that money? He loses almost all of it in 3 to 5 years.

Here’s an article on how 10 lottery winners went broke by making the wrong choices (I am pretty sure they are regretting their decisions).

What about that famous guitarist who won a huge contract from a labeling company? Even if he is earning millions of dollars a year, most of the times they end up broke.

This happens all the time.

In conclusion, no, money alone does not make you rich.

In fact, money is the last thing which helps you attain wealth.

Most affluent individuals have a certain control of their financial lives which is enviable by the masses.

Remember, being rich is more a function of how you think & manage your money vs. how much money you have.